Killer Queen are Australia’s most sought after Tribute Act.

Formed in 2003, The Killer Queen Experience has risen from a Local Brisbane based Queen Cover Band to an International Touring Show.

Killer Queen has performed over 600 shows all over the World and shared the bill with the likes of Jeff Beck, Foreigner, Journey, Twisted Sister, Thin Lizzy and Kelly Rowland. May 2019 takes KQ to Russia for the first time.

The two hour live show consists of all Queens Greatest Hits including – Bohemian Rhapsody, We Will Rock You, We Are the Champions, Somebody to Love, Radio Ga Ga, Another One Bites the Dust and select album tracks for the hardcore fans.

With the release of the 20th Century Fox Queen Official Hollywood Bio /Pic “Bohemian Rhapsody” late last year, Killer Queen is set to continue the flame and legacy into the next decade for the world-wide audience of one of the most loved and Innovative Rock Bands of the modern era – Queen.

Tickets are $59.50 plus booking fee. As a special thank you enter the access / promo code ‘queen’ for a $10 discount.

Don’t miss out on this one! In 2019 every Killer Queen show has been sold out. 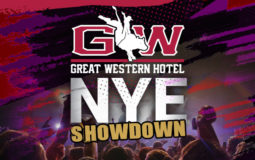